Check out our 400 plus churches around New Zealand - search our database or view their websites.

One of the well recognised characteristics of our age is the widespread interest in spirituality. Words like 'spiritual', 'soul' and 'values' have come back into ordinary conversation. From business management, to the commercial success of the Body Shop, from the shelves of bookstores to the titles of popular movies, people display an interest in the spiritual dimension of life.

Books like Chicken Soup for the Soul and The Road Less Travelled are best sellers, while many popular movies are full of spiritual themes (Lord of the Rings, Chronicles of Narnia, Keeping the Faith, Sixth Sense, Lion King and New Zealand's Whalerider to mention only a few). A few decades ago this was non-existent. A good comparison can be found by watching Gladiator, with its profound and sensitively portrayed spirituality, and comparing this with the classic Roman films of the 1950s, such as Ben Hur, which, even when touching on the life of Jesus, never ventured into the spiritual dimension. One religious observer suggests that “the dawn of an age of spirituality suggests that rather than being banished by the relentless advance of modern science, faith remains a perennial dimension of human existence. In the face of life – and death – humans desperately look for a source of strength. But finding strength requires faith.”

All people are spiritual beings – it is part of being human. Everyone is made up of a number of dimensions and we function by means of the interaction of these dimensions. In a fully functioning person all the dimensions are working together so it is important that each is nurtured. These dimensions include the physical, intellectual, emotional and social as well as the spiritual.

Our spirituality functions to:

Spirituality then is what 'turns us on'; what gives us life; our deep-down desire. It is about the whole person and the whole of life. In a broad sense it is the force of a Jedi Knight, the purpose of a fellowship's quest in the Lord of the Rings, or the drive and energy that motivates a Mother Theresa.

We recognise that Christians do not have a monopoly on spirituality and that, since all people are created in the image of God (Genesis 1:26), all humans have a spiritual dimension which will be expressed in a variety of ways. The word spirituality is also used to refer to the model which gives structure and expression to our spiritual dimension. There are many different models, such as Maori, Buddhist, Muslim or Christian spirituality.

The difference between spirituality, religion and theology

It is important to distinguish between spirituality, on the one hand, and religion and theology on the other. Religion is a framework which some people use to understand and practice their spirituality in community with other people. Theology is the quest to understand the nature of God and of God’s activity. Particular theologies are usually associated with particular religions.

An example of a theology is shown in the film The Matrix, where Neo is considered to be the chosen one who according to the theology of Zion will save humanity. The distinctiveness of Christian theology is the belief that Jesus Christ was uniquely chosen by God to save humanity and so bring us new life. The danger is that religion and theology can become ends in themselves and people become religious without experiencing the spirituality, or connection with God, that religions were formed to help, or talk about theology without experiencing the God they are discussing.

Throughout much of the twentieth century, the idea of having faith was suspect and people of faith were placed on the defensive. Faith was often placed in opposition to knowledge, or seen as accepting the incredible, like the White Queen in Alice in Wonderland telling Alice she sometimes "believed as many as six impossible things before breakfast."

Others saw it as leaping into the unknown. Faith however is none of these things. It begins with becoming aware of something about which you were previously ignorant. But then it leads to assent, to accepting that the experience or understanding you now have is valid. Finally faith involves trust, which occurs when you entrust yourself to the understanding you have come to know and accept. For a Christian this means coming to understand what Jesus has shown us about God, and how to experience a healthy relationship with God. It means accepting that as true and finally trusting your life, both for now and the future, to follow the model of relationship with God provided through Jesus.

It is often said in war that in the trenches there are no atheists. Everybody prays. Even in peaceful New Zealand research indicates that a surprising 60 percent of us pray, 30 percent several times a week, even though only about 10 percent attend church on a Sunday. Prayer then is not something unusual or strange, only for ‘religious’ people, but a very natural and normal part of life. It was interesting to observe how much people turned to prayer as a way of helping them cope following the death of Princess Diana or the terrorist attacks of September 11.

Because we are spiritual beings prayer is the natural way we connect with the spiritual dimension of the transcendent, to the God who is beyond us. Prayer is being aware of and open to God’s presence, in the belief that this is the one safe place where we can share everything that is going on in our lives. It is talking through, a sharing with, a being silent with God.

It takes place in the quiet spaces of our own hearts, in the loud appeals of our shouts for help or joy, in the everyday moments when we are thankful for our lives and in the verbal expressions we may share with others. Because as Christians we believe that Jesus has healed our broken relationship with God and made a deeper intimacy possible, we pray in the name of Jesus.

This material was written by Kevin Ward, Lecturer in Church and Society at the Presbyterian Knox Centre for Ministry and Leadership, Dunedin.

What is so unique about Jesus?

Very few people today try and argue that Jesus never existed, and most would accept that he was a very good person and if we followed his teaching the world would be a better place. However, there are also many other good people in history about whom this could also be said.

The difficulty with seeing Jesus as no more than this is that if we examine what he actually said he also claimed some things that nobody else has. For example, he did not say that I have come to tell you about the truth or to tell you how to live, but that “I am the way, the truth and the life, no one comes to the Father but by me” (John 14:6). At his trial he was asked "Are you then the Son of God" to which he responded "I am" (Luke 22:69).

These are unique claims that no one else has ever made. Basically Christians are those who accept these unique claims that Jesus made and believe that his resurrection indicates them to be credible. They trust that because of them they can experience the life that comes from a right relationship with the God, who is his Father.

How reliable is the Bible?

The Bible is a fascinating book. The most recent parts of it are two thousand years old, yet it is still a best seller, has been translated into more languages than any other book and has had a profound influence on the whole history of Western culture. Surveys indicate that over 50% of New Zealand homes possess a copy, yet also show that about the same percentage of New Zealanders believe it is “an ancient book of fables, legends and moral teachings recorded by man.”

There is a general perception that it has been discredited by modern science and historical research and only simpletons and religious fanatics take it seriously. This is far from the truth, however, and evidence for the essential trustworthiness of the biblical documents is very considerable. The Bible, like all literature, is open to a variety of interpretations. When understood in the light of many of these there is no necessary conflict between what it affirms and the findings of modern science.

The Bible wrestles with and addresses such important questions as: Why are we here? Where are we going? What is the purpose of life? What happens when we die? It also tells us about a God of amazing love who wants to have a relationship with us. Above all, it points us to Jesus Christ, his life, death and resurrection, who entered human history in order to make a new relationship with God possible so that we might experience the kind of life God created us to enjoy – life in right relationship with both other humans and the world God created.

More about the Bible

How can one way be the only way?

When faced with the multitude of religions in the world today all claiming to be the truth, it is no wonder many are confused. Each of the four major religions, Christianity, Islam, Hinduism and Buddhism, has hundreds of millions of followers. How can any one claim to be the only truth. In the midst of all these competing claims where does one start? The response of many to this is to retreat into indifference. How can we possibly know anyway? Others assume that all are equally valid.

Christianity, as we have seen, gives a unique place to Jesus, and claims that he is the truth and that it is only through faith in him, his death and resurrection, that people come into a new relationship with God. Some Christians claim that this means that all other religions are completely wrong and there is no hope for the followers of them. Many other Christians, though, while holding to the claim of Jesus as the only way to God, see much of the truth Jesus came to show being found in other religions also. Many followers of those religions therefore have an implicit faith in what Jesus came to show about God although they may not openly acknowledge it.

In this understanding Jesus is the fulfiller of these religions, and completes what has only been partially shown in their religion. This seems to be the approach Paul takes in Acts 17:16-32. Certainly in the contemporary world we live in this is one of the most difficult questions for Christians to wrestle with.

Further helpful reading on these questions and others you may have about Christianity can be found on this website: www.christianity.co.nz. 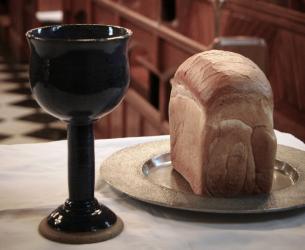